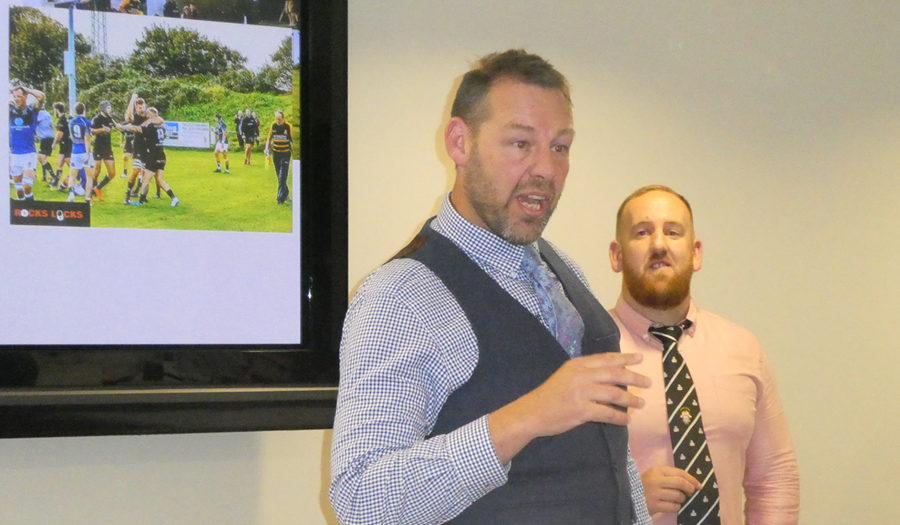 Well these are certainly dynamic times and it seems everyday we move deeper and deeper into uncharted territory, one can only guess when there will be light at the end of the tunnel and some semblance of normality comes back. I will only focus on rugby, in this piece, as it feels most relevant for a rugby club website. Firstly, we received the news today that the 2019-2020 season is now over, albeit incomplete. It seems very final and very speedy, however, it does provide clarity to clubs that there will be no more games. On a totally selfish point of view, it is highly frustrating as we had five games left, three of which were in front of the passionate Polson crowd and we'd have fancied our chances to be successful. I'm sure we're all aware that clubs in the mid & lower tiers thrive on having prestige home games, as it helps sustain their upkeep and provides a welcome relief to the local community from their daily employment. The other aspect that is sometimes overlooked is how the Senior teams, performing successfully, act as inspiration for the mini and junior sections of a club and are the key to a successful future.

I think it would be fair to say we've had a relatively successful season, particularly at 1st team level, with the team managing to avoid the 'relegation' places come the RFU news today. One thing that hasn't been clarified yet is what happens to any league promotion/relegation for the 2020-21 season, or if the RFU use it as an opportunity to restructure the leagues. Clubs will find out in mid-April as to which option the RFU will take. Back to on the field and I think we can sum up the season in three parts; acclimatisation, getting over the line and finally dominating. Three games into the season we were on 1 point and had a points differential of what seemed like - 200! Ryan and I did discuss privately, in the lead up to the season,that we could be 4 or 5 games into the season before we had a win, so we were expecting some issues, but not that! Thereafter, the opening 15 minutes against Maidenhead provided a real confidence boost to the players that they could compete with the intensity, physicality and basics of tackling technique and despite ending up losing out in a 44-43 thriller, we had crossed a very vital psychological obstacle. The next few games bought us our first wins and then some more lessons against the likes of Barnstaple, Weston Super Mare and to an extent Camborne, particularly in the art of managing games and getting the balance right between when to apply pressure on the opposition and when is the best time to relieve pressure on ourselves. This set us up for a very successful period, from mid-December to pretty much up to & including the Barnstaple game where we managed to win four out of six games and obtain an away losing bonus point to the top two teams in the league. This brought us to the Bracknell game and the emphasis changed, deliberately from Ryan, myself and other coaches' point of view, to dominating teams and being ruthless and obtaining the extra four try bonus point. And that is where we got to... so close to finding out where the team would've ended up in the league.

Which I guess leaves us now desperately looking forward to next season and seeing how we will develop as a squad and group of coaches. Ryan & I have already started planning for next season (once social distancing and self-isolation become a thing of the past) with some exciting pre-season games being lined up (potentially a very big one at Polson),some more quality recruitment, like this season, and more importantly a continued development of the local players that Ryan, the rest of the coaching team and I have been lucky to have coached this season.

and on behalf of Ryan - Coaching Team